There’s at least 6 circular dissimilar patterns of absence of light near the bigger galaxy near the artificial white dot. Especially one of these being visible in the K-band, Z band, Composite images, which are not visible in g band images, being graphically situated in the bottom left section of the bigger galaxy. The other geometries are situated in the top, top-right, bottom-right, bottom-left sections of the nearest bigger galaxy to the artificial white dot(and are being shaded by star tool along with other visible sources of light),please check all images were processed correctly for this galaxy or if it is a Blackhole. There’s (vertical) absence of linear light patterns in g-band image for this galaxy, which, unlike previous similar cases in g-band, has gaps in absences(the absence of light are not continuous, some light in between appear to have been captured by your telescope) 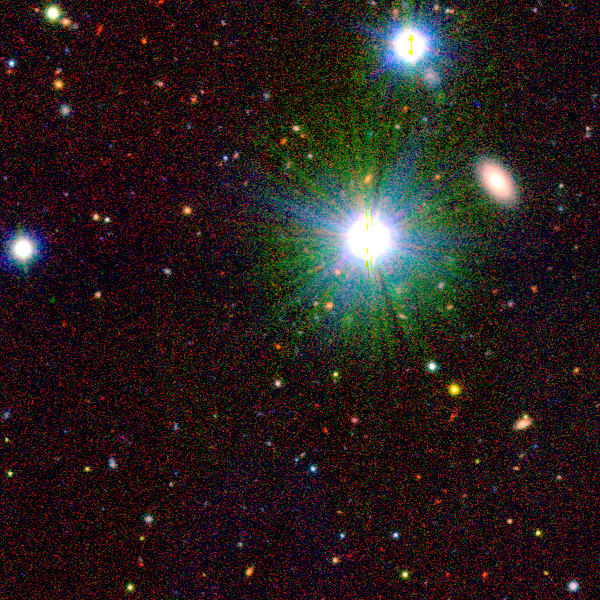